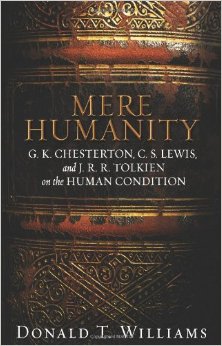 Cost: around AUD $20 plus postage END_OF_DOCUMENT_TOKEN_TO_BE_REPLACED

Aaron recently received this endorsement for a book he has written which focuses on interpreting the prophetic literature. This is based on the Old Testament prophets exegesis class he teaches at Tabor Adelaide.

I am singularly excited about the potential of this book to help people understand the Old Testament prophets. The explanation of prophecy’s distinctive genre, historical setting, rhetoric, theology, and significance is engaging, informed, and insightful. If the prophets seem confusing and irrelevant to certain readers, or primarily about contemporary events in the Middle East to others–and if the church wants a user-friendly corrective to the misunderstanding–this is it. Every pastor and teacher seeking to nourish the church through messages from the prophets needs to drink deeply from Chalmers’ well. (Further, if scholars want a model for writing interpretive guides for other biblical genres–this is it.) Misinterpretations of prophecy have historically been a major contributor to partisanship in the body of Christ. I hope and pray that this book will help to stem the tide of disunity (and disobedience to our Lord’s instructions).

Generally speaking, Christians have been good at recognizing the margins and engaging with them. South Australia, known as the ‘Paradise of Dissent’, has demonstrated this from the start with the protection of the Kaurna language through the Dresden missionaries and the care of Lutheran immigrants from Germany in the early days of the colony, right through to ministering to people in need, refugees and asylum seekers today. END_OF_DOCUMENT_TOKEN_TO_BE_REPLACED

By Matthew James Gray, Lecturer in Theology and Church History

I’m thinking of starting to stand on my head.I recently read GK Chesterton’s biography of Francis of Assisi, and in it Chesterton likened Francis to the medieval jester, “the court fool of the King of Paradise”. More than that, he suggested that Francis’ entire career was like a comic acrobat, standing upside-down. Chesterton seemed to see many upsides to being upside-down, especially for those of us who are Christians in this topsy-turvy world.

Primarily, it revealed the world’s fragility. Thinking of the impregnable walls surrounding Assisi, Chesterton wrote: Whereas to the normal eye the large masonry of its walls would make it seem safer and more permanent, the moment it was turned over the very same weight would make it seem more helpless and more in peril. He would be thankful to God for not dropping the whole cosmos like a vast crystal to be shattered into falling stars. END_OF_DOCUMENT_TOKEN_TO_BE_REPLACED

Here is another of Phil Daughtry’s Lenten reflections:

Its 3p.m. on a Saturday afternoon and I’m on my personal jogging circuit within my suburb. I pass houses, gardens, trees, cars, bicycles and birds, and two small reserves (parks). In both of these I notice a dad, with his kids (toddler to middle-primary school age) and a football. I’m struck by the coincidence of the duplicate scenario in the two similar but separated spaces and it gets me thinking (a good idea when you’re 30 minutes into your run and need some distraction). END_OF_DOCUMENT_TOKEN_TO_BE_REPLACED

Manna by Tabor Adelaide is licensed under a Creative Commons Attribution 4.0 International License.

Personal reflections on questions of interest to me.

Your online corner to take a break and wonder about life