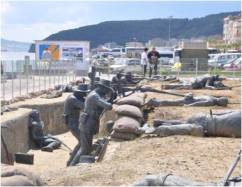 ANZAC Day has occurred this week, with the occasion continuing to form an integral part of defining what is characteristic of an Aussie.  This event provides a time to reflect on the achievements and endeavours of our brave Diggers.  For me the reflections have been enhanced by having the privilege of visiting several sites in recent years.

Standing on the shores of Anzac Cove in May 2014 was a special moment.  Seeing the environment and the initial challenge the troops faced made it so much more real.  With the closeness of the two opposing sides, it is little wonder there was a great cost as the troops on both sides blindly followed orders.  The ANZACs came ashore about a mile north of the intended landing point due to a navigational error and instead of finding the expected beach and a gentle slope they found themselves at the bottom of steep cliffs, offering the few Turkish defenders an ideal defensive position.  The Allied forces moved upwards and inland through treacherous terrain and fierce concentrated fire from entrenched and well prepared Turkish positions.  By evening they had gained some 2,000 metres and each side had lost about 2,000 men.  A stalemate ensued and the campaign dragged on for eight months.  Both sides suffered heavy casualties, with the Australians alone losing over 8,000 men with a further 18,000 injured.

Admiration for the First World War soldiers grew for me when twelve months ago my son and I spent two days in the Somme region of France and Belgium retracing my grandfather’s movements of 1918 as an ambulance officer in the Medical Corps of the New Zealand Army.  Trench warfare was brutal and the horrific conditions included bouts of continuous mortar fire and the accompanying noise, rivers of mud, severe cold and frostbite, lice, extreme hunger, disease and mustard gas attacks.

The cost for the ANZAC troops in all battles of World War I was enormous as they remained obedient to the orders despite the impossibility of the task and were renowned for their dogged determination in the face of impossible odds.  They left Australia’s shores and travelled into the unknown.  Many were young and never returned home to their families; those that did carried deep physical and emotional scars.

There are interesting resonances between the experiences and journeys of the ANZACs and the spiritual and ideological battle that Christian believers participate in as a result of following God and contributing to God’s Kingdom agenda.  For example, both call for obedience whatever the cost and no matter the sacrifice (as can be seen in the death of Jesus through his obedience to the Father’s will, as Paul explored in Phil 2: 5-11 and seen in the Easter narrative). 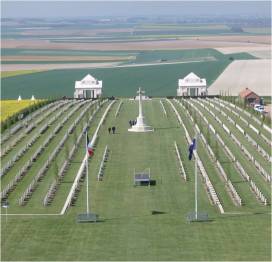 So what does obedience to the King require of us in the contemporary Australian context? If we are to follow the example of Christ it might include things like:

These dimensions are opposite to many values in contemporary culture where being self-seeking, ambitious and hedonistic seems to be the norm.

At this time when we reflect on the endeavours of the Australian military forces and the tough and sacrificial choices they made, may we also consider how we are called to take on the mind of Christ in our attitude and practices. The good news, of course, is that in choosing to walk this path – the path of sacrifice, humility, and renunciation – we are not alone. Praise God for the Holy Spirit whose coming at Pentecost equipped God’s people to live and model the alternative lifestyle inaugurated by Christ.

[1] Lausanne Movement, The Willowbank Report: Consultation on Gospel and Culture, 1978, section 6B (https://www.lausanne.org/content/lop/lop-2).

Manna by Tabor Adelaide is licensed under a Creative Commons Attribution 4.0 International License.

Personal reflections on questions of interest to me.

Your online corner to take a break and wonder about life